Avoiding fat? Some of them are more important than we think 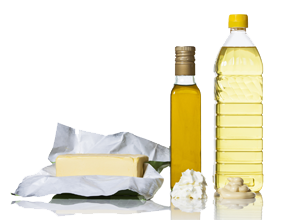 Not all fats used by people are “bad”. It turns out, there is a “good” fat group containing, in particular, omega-3 fatty acids highly needed for our bodies. Omega-3 fatty acids are some of the most important building materials in the body, also known as the essential fatty acids. Our bodies do not synthesize these acids, therefore, they should be used additionally. Clinical studies demonstrated that omega-3 eicosapentaenoic (EPA) and docosahexaenoic (DHA) fatty acids are essential for normal heart and brain activity and help to maintain normal vision1. Omega-3 fatty acids comprise a structural part of the central nervous system cells. For this reason, sufficient levels of EPA and DHA fatty acids help to maintain normal brain development and function.

How much omega-3 do we need?

Omega-3 polyunsaturated fatty acids in the human body may reduce small brain infarctions and other brain disorders in the elderly. The National Heart Health study by magnetic resonance in the United States has shown that in 2313 of the program participants from 3660, older than 65 years, had silent brain infarcts. These are small brain lesions which can lead to thinking disorders. Such study was repeated for 2313 program participants after five years. The study found that individuals having high levels of omega-3 fatty acids in the blood had approximately 40 per cent lower likelihood of suffering minor cerebral infarctions compared to those who had the lowest levels of omega-32.2.

1 Positive effects are observed at a daily intake of 250 mg of EPA and DHA.
2 The study report was published in the Journal of the American Heart Association, as announced on www.sciencedaily.com.